Best places to visit in Istanbul

Istanbul, Turkey’s largest city and one of the largest in the world, spreads on both sides of the Bosphorus Strait. Considered by many as the meeting point between Europe and Asia, the fascination with this ancient city is owed to its rich history and charming cosmopolitan character and is one of those places that must be visited at least once in a lifetime. Let’s be honest, how many cities can boast of being the capital of three great empires?

With such an impressive reputation, you can only imagine that the places you’re going to see during your visit are quite breathtaking.

The first stop on your list should be, as some might suspect, the famous Hagia Sophia. The former basilica and mosque that now serves as a museum represents probably the greatest achievement of Byzantine architecture. It’s a monument that encapsulates the character of the city – it’s ancient, majestic, mystical and it reflects cultural and religious diversity throughout history. But no description could do it justice. The true value of Hagia Sophia can only be grasped by seeing it with your own eyes. 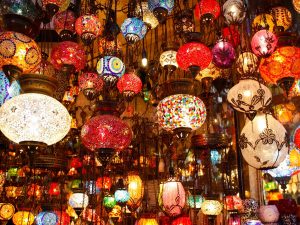 I took this photograph in Istanbul in 2009. There are thousands of things you can find and buy in the Grand Bazaar, or just enjoy local people and Turkish hospitality with some window shopping. It’s one of the most significant tourist sites in Istanbul.

Since you’ve gotten used to the grandeur, the next place you should visit is just across the way, where the Blue Mosque rises proud and tall with its 6 towering minarets. The interior is just as amazing, with intricate designs and 200 stained glass windows that give it a magical feeling.

Topkapi Palace seems like it was taken out from the pages of the Arabian Nights. This truly enchanting palace, surrounded by lush green gardens served as the residence of generations of Ottoman sultans. The Harem’s quarters and the treasury will give you a glimpse into the history of the Ottoman Empire.

The Grand Bazaar is not just a place for shopping; it’s a place to soak up the life of the city, to feel its pulse and rhythm. Of course, some shopping wouldn’t hurt either. The 500-year-old bazaar has 5000 shops where you can find magical carpets, jewellery, ceramics, leather, antiques surrounded by the smell of tea and spices floating in the air. But be careful though, the 60 chaotic labyrinthine streets are a trap if you have no sense of orientation.

A visit to Basilica Cistern will take you into Istanbul’s amazing underground world. The cistern is an engineering wonder of the Byzantine era that once brought drinking water into the city. The 336 columns reflected in the water, dim lights, the sound of water drops and quiet music playing in the background give it a mesmerizing eerie air.

Cemberlitas Hamam is the perfect place to go after a day of wandering around the city. Ever dreamed about taking a bath in a historical place? Well, this is that place. Cemberlitas is one of the oldest hamams in Istanbul, being built in 1584. The experience of steaming and bathing under the magnificent centuries-old dome is simply fantastic.

There’s no escaping Istanbul’s charm; the city will make you lose yourself in its fascinating world the minute you step on its land. 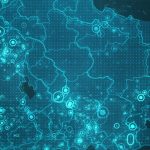 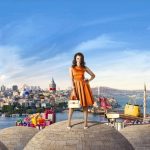 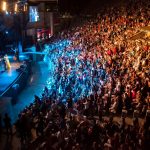 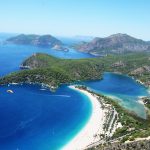 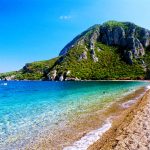 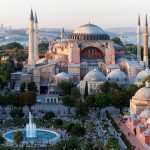 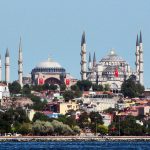